Similarly, to other groups, we worked on our community projects all day. We are working on the bee project and after having visited, researched and learned all the logistics about bee hiving in Uganda, we’ve realized how difficult and complicated starting a business from scratch is.

With little internet, and having to borrow Eric’s phone to make calls and visiting various bee facilities, we believe that we have all gained a great understanding of bee hiving and its industry in Uganda. You would have asked us a week ago what we knew about bee hiving, all of us would have said that we knew nothing or very little about this industry. We believe that working on this project has forced ourselves to apply skills that have been taught to us, which we believe will help in our future jobs. 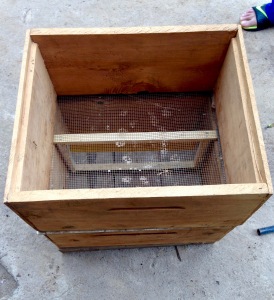 As we near the end of our community projects, we stared absent-mindedly at our budget wondering how we were going to support all the orphans in the community and accommodate as many families as we could. This, coupled with the news that Uganda is currently facing a famine crisis exacerbated by uncertain geopolitics, left us discouraged and frustrated. But frustration is wasted energy. In a project like this, frustration is energy we realized we could direct towards productivity and come up with alternative solutions that achieve the same goal. We swiftly learned the importance of adapting to a continually evolving project where nothing is set in stone. Although it feels impactful to be planning and implementing a project that will optimistically come to life, this is contingent upon the fact that the project is sustainable. However, sustainability doesn’t have an end point, but requires constant innovation to adapt to a changing environment, such as a famine. Success would be measured by creating a project that is sustainable rather than investing in a project that is doomed to be conflated with failure. 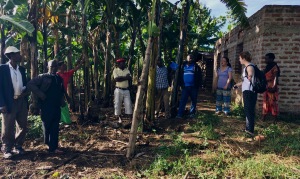 In Canada, when we see a squirrel or a racoon run by we barely bat an eye. In Kibale National Park, the common animal: baboons, are much larger trouble makers. Baboons can be seen all around the park, completely habituated to the presence of humans. They travel in troupes as large as 150 or as small as 50, depending on the abundance of food. These animals are not picky when it comes to “food” – eating plants, insects, reptiles, and the red colobus. The unfortunate red colobus only has four fingers, reducing its ability to run fast, and has also been known to become intoxicated from ethanol plants, further limiting its ability to escape this furry predator. During our time in the park, we have seen baboons feed on even stranger delicacies; stealing the materials meant to build our bathrooms. As our time at the National Park comes to an end, we know we will miss these mischievous creatures.

As part of our community engagement project, we spent the day connecting with members of the women’s collective. During this discussion, we encountered an uncomfortable situation regarding the enrollment of male members. One of the rules of the organization is to only elect women to the executive team, emphasizing the no men can hold leadership roles. Arms shot up. Most questions involved the involvement of the men in the group and whether they would be sharing the same benefits that women do. Tension filled the church. A feeling that was equally shared by both the men and the women in the group. This role reversal was unexpected, which became evident when one of the men asked if this means that he is expected to remain quiet with respect to the organization’s functioning. In a society where men are given precedence, we must maintain the projects objective of empowering women by creating opportunities for them. So, it’s time to turn up the volume and hear the girls roar.